Notes on Teaching in Japan

I think teaching English is a lot of Westerners’ ticket into Japan. We’re inherently qualified, we feel confident in our abilities to speak our own language, and understanding Japanese is sort of a disadvantage because it allows the students to speak Japanese and not English (much like living in Takayama, a tourist town, allows me to speak English and not learn any Japanese). The few English speakers that I’ve met either teach English, or started out teaching English and then changed professions once they obtained a work visa.


I was a teacher in the States, and while I’m definitely not one of those holier-than-though teachers who think children are little miracles and the guiding light of our future, I do enjoy teaching the little bastards. I learned from my mentor, Jorgan, that teaching is a lot of fun, and that turning a roomful of animals into (somewhat) civilized human beings can be a very rewarding process. Don’t get me wrong, if my novel goes platinum I’d quit as soon as the school year’s over (speaking of which you can get it on your ereader at smashwords) but I don’t mind teaching, and can’t think of a way I’d rather pay the bills. So I think I’m a little different than the average English teacher, because I saw how things were done in the States. And believe me, there are more than a few differences between teaching in the States and teaching in Japan.


An American I met here summed it up nicely: “Japan and America are backwards.”


It’s true in a lot of ways. In Japan you drive on the opposite side of the road, vegetable gardens in your front yard is normal, sushi is cheap, and hamburgers are expensive. On the train, elderly people actually stand up so kids can sit down. In the States, I can’t count the times I’ve seen adults blithely ignore an elderly person on the bus while they yammer away on their phone. Men don’t even hold doors for women anymore. Some do, guys trying to get laid and pastors, but I think manners are generally thrown out the window when college starts.


That’s the biggest difference between Japan and the United States. In Japan, adults are very polite, and the kids are rude. In the United States, children are expected to be very well behaved, and the adults get a free pass. Don’t get me wrong, I’ve worked with some real terrors, but in general the kids in the States are expected to be seen and not heard. Getting school clothes dirty is a frowned upon, as is running around a classroom screaming “Ancho! Ancho!” with your hands clasped together and ramming them up your teacher’s ass-crack.


That’s all OK in Japan. The playgrounds have mud pits, where the children are encouraged to either roll mud into spheres (with their hands!) or dig trenches and generally make a mess.  “Ancho” is a real thing, and while its frowned upon, most of the teachers seem to think its endearing, like a kid yelling out the correct answer without raising his hand. In the States, if I high fived a student, there was a fear of legal repercussions, I probably could have been hung if a child’s hand found its way between my cheeks. Here, I’m expected to pick the kids up, twirl them around, endlessly rub their heads and let them crawl on me like a jungle gym.


The first day in the classroom was beyond enlightening. My boss finished his lesson (a nice euphemism for dancing around and chanting in English for 30 minutes) and left the room to go help with lunch. All of a sudden a 5 year old Japanese boy came running out of the bathroom butt-naked. As in nothing. No shirt. No underwear. He wasn’t even wearing socks. He started shaking his little wiener for the class to see and to my horror they all began to strip. Boys and girls just dropped trow and let it all hang out. Within a minute I was surrounded by a 30 naked Japanese children.


What was going to happen when my boss, or even worse, their actual teacher came back? My life in Japanese prison flashed before my eyes. Would I be confined to a wicker cage, or forced to kneel on pointed tiles as they laid stone blocks upon my thighs? Would someone stick bamboo shoots under my fingernails or did that task now belong to a robot? 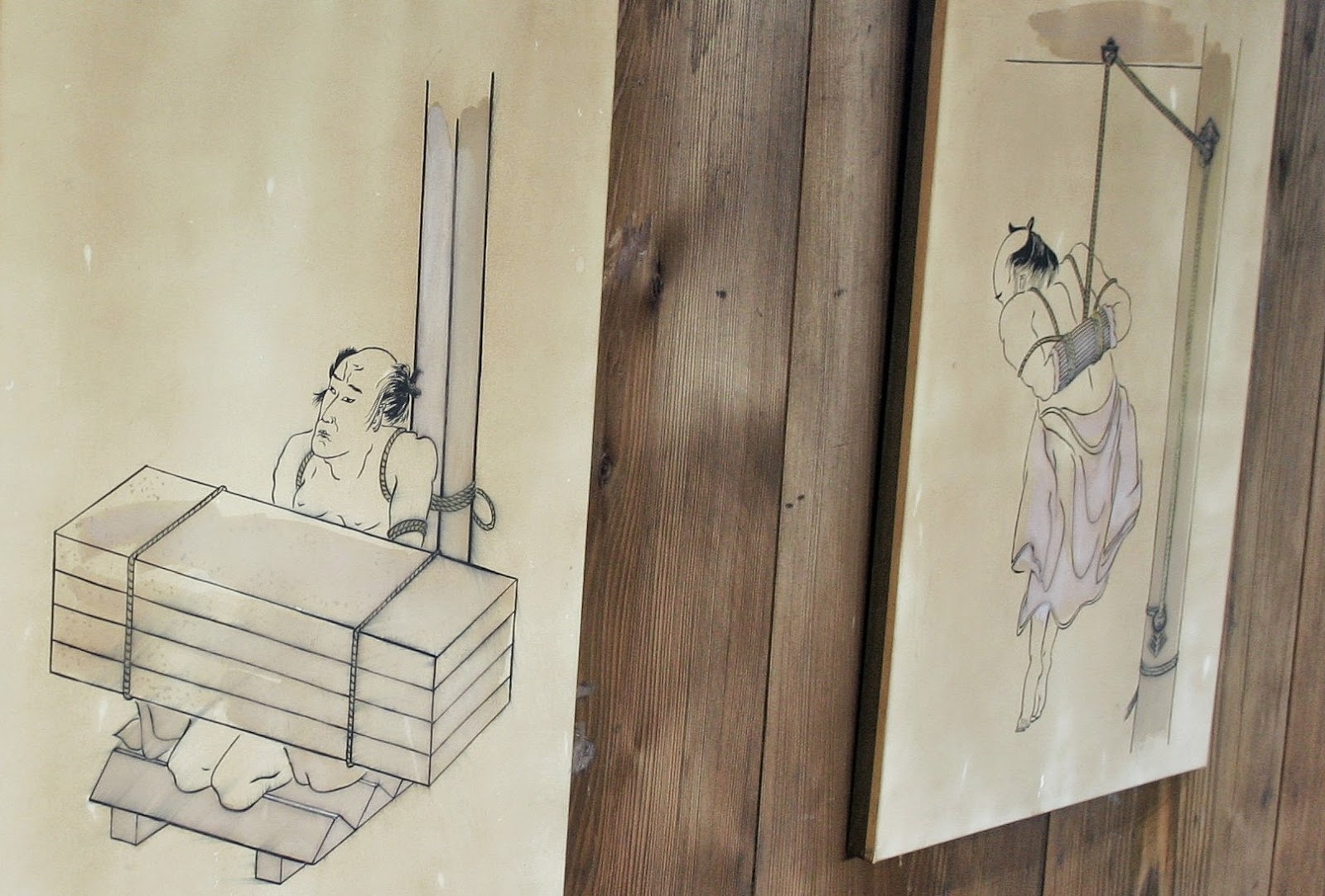 My boss chose that moment to return. I clutched my passport and looked for the exits. I was on the second floor, but maybe I could shimmy down some bamboo. No such luck. I was trapped. Goodbye Japan, hello hari-kari.


“Today’s a splash day, would you help them get dressed if they ask?”


He turned and left without batting an eye.


Oh. Duh. They just had to change clothes. They’re just a bunch of naked kids, so what? They all paid more attention to my gold toenail polish than to each other’s naked butts. And rightly so. We’re all the same after all, especially at that age. After a little thought (and a couple of beers) it seems like a more natural view of nudity than we have in the United States.


I’ve been in the same position in Texas, a roomful of kids had to change into swimsuits to go splash around outside, but it was a much more frightening experience. The first grade teacher ushered out all the girls while she eyed me like mother hen eyes a fox. It was just us boys, but not one of them hurried to change. Instead they all scurried to the corners of the classroom to change clothes in shame. Is it really a good thing for a six year to have issues with his body image?


It’s not like there’s people naked on the streets in Japan. Again, I think Japanese adults look more put together and professional than American adults. I’ve never seen anyone in their pajamas at the grocery store here, something that’s commonplace in Austin.


There’s a shift in Junior High, when kids start to go through puberty I guess. My junior high students are very serious about school, and always tell me how tired they are from hours of school, extracurricular activities and the endless English classes (Japanese students are required to take English grammar tests that I’m sure I would fail). They don’t climb on me, or threaten me with anchos and they would never change clothes in public.


But the kids get to act like kids. They catch bugs, jump in puddles, and smear their teachers with all sorts of goop.


I think it’s impossible to go through life always being well behaved. Manners and customs have their place, but I think we all need to rebel against them to appreciate why they exist at all. It’s part of life, we have to exercise the animal in us, so we know when it’s time to shape up and act civilized, damn it.


I like that the kids in Japan get to be the animals. After all, they don’t know any better, they’re kids. They have plenty of time to mature, and they do. They grow from little ancho-ing banshees into incredibly polite adults, and isn’t that better than wearing pajamas at the grocery store?