We got in from Sapa at 4 AM, and after declining a street peddler’s proffered cigarettes and marijuana, we ditched our bags with the sleeping bellboys at our hotel, and took to the streets.


But first, a confession. I came to Vietnam for one reason really, the food. My hometown Austin has fantastic Vietnamese cuisine. And I’ve been to a few Tran clan Bar-B-Q’s and made my own spring rolls while chowing down on the family goat. When we arrived in Hanoi, I knew what I wanted most of all was to eat, eat, eat.
But alas, at 5 am, nothing was open save a French looking hotel on Hoan Kiem Lake. We sipped ﻿ strong coffee made with sweetened condensed milk and watched the city come to life. When it’s awake, Hanoi is a nest of crocodiles on caffeine. People zip by on motor bikes carrying ladders, bags of rice, even live pigs. Pedestrians have no stoplights to protect them, so must say their piece with god and wade out into the street if they wish to leave the block of their hotel. Street peddlers effortlessly brave the traffic to wheedle money out of tourists with offers of shoe shines, bad donuts and delicious bananas. All the while people are buying gifts, selling silk and eating on every corner.


My hunger aroused, we went off in search of street food, a simple task in Hanoi. Walk ten paces. Look around. You’re inside of a restaurant. Look at what everyone’s eating. If it looks good, get a bowl, if it doesn’t, keep walking. It doesn’t matter. You’ll find another place to eat soon enough.


We started the culinary rollercoaster with pho (flat rice noodles) beef and a generous handful of fresh basil, lemon balm, mint, and cilantro (coriander to those outside of Texas). We seasoned everything with hot chili paste and vinegar flavored with garlic. After breakfast we found a bahn my stand (as they spell it in the North) with a glistening gelatinous brick of pate. The chef—her sandwich was good enough to warrant the title—smeared the pate on a short baguette, then added chili sauce and fresh cilantro, toasted the bun, and voila, I was in sandwich heaven. On and on we ate, my mantra became:


Everything was delicious and cheap except for the one ‘classy’ restaurant we went to, that tasted like Asian fusion food the world over. Blech. I’ll take my pho served out of a motor bike repair shop thank you very much. Trip Advisor is great, but when it comes to Hanoi, just follow the crowds.


You’ll find more than those two most famous Vietnamese dishes. We took a food tour in Hanoi, something I recommend arriving at hungry. We tried (I apologize for my lack of accents): Bun Rieu Cau- a noodle and tofu soup served with crabs found in the rice fields and Raquel’s favorite dish, Bun Cha- BBQ’d pork in fish sauce with papaya slices, eaten by dipping noodles and herbs into the soup and then devouring; this dish was my favorite and rather different from Bun Cha I’ve tried in the states, Banh Cuon Nong- Vietnamese rice flour crepes stuffed with pork and onions, Hoa Qua Dam- fresh fruit served with coconut milk and the dish we kept coming back for, fried spring rolls and finally a cup of strong coffee served with eggwhites whipped into thick cream. The experience was delicious and oh-so-satisfying, and I cannot recommend it enough.


But not everything in Hanoi was food and coffee. We met our Ukrainian friend from Japan at Ho-chi-Minh’s mausoleum and explored the bars of Hanoi together.

﻿
The first stop was a bar we’d been to earlier simply because they had a chicken that patrolled their front steps. I was instantly in love with the place because they had a keg of homebrewed beer they had to finish that night. This meant a glass of beer was going for 6,000 Vietnamese Dong, or about thirty cents. I had a couple before our rendezvous with Ho-Chi-Minh, and a dragged our friend Alex there for a couple more.

It was a lot of fun traveling through Vietnam with a former Soviet because Vietnam still flies the red flag.


“You know only Vietnam, Lao, China, and Cuba are officially communist?” he said with a grin, then shrieked with excitement and ran off to take pictures of a statue of Lenin.


We wandered deeper and deeper into the old quarter, crossing deadly streets, always eating and drinking, eating and drinking. We ended up in an alley crowded with tables serving pork, chicken and vegetables cooked on a sheet of aluminum foil over a chunk of sterno. We piled our plates high and nibbled away until midnight, when the diners all around us left, and the servers unceremoniously folded up and hid the tables and chairs.


A drunken man accosted us, begging the three of us to come drink with him. We laughed and declined, not sure what such an offer would mean in Hanoi, and immediately regretted it. For when we turned around the entire city was silent. Only police cars and street sweepers could be seen. We turned down street after street, looking for a bar, a bottle of whiskey, turpentine, anything! But alas, nothing could be found. 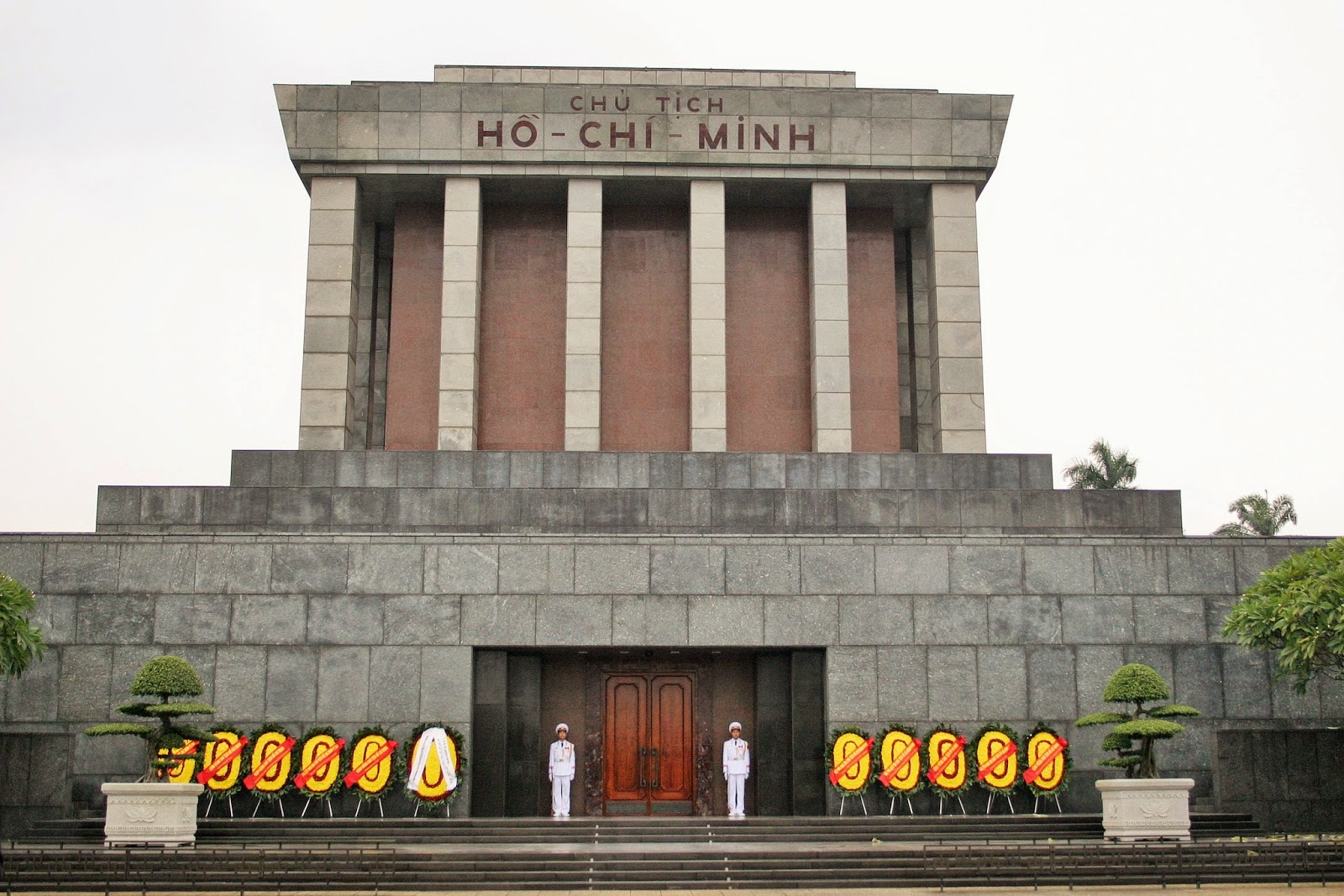 “This is what it means to be in a communist nation,” Alex said with a smirk.


Desperate, we led him to a corner store we’d found earlier, only to find it dark and locked. Undeterred by the law of land, Alex knocked, pounded and pleaded until finally the shopkeepers let us in with their fingers pressed to their lips- to quiet us as much as to suppress their own giggles. We filled a plastic bag with big bottles of cheap beer, whispered our thanks and snuck out in between roving cop cars. We joined the other tourists drinking on the shores of Hoan Kiem Lake and sipped our beers while Alex regaled us with stories of the USSR.


“It was illegal to buy alcohol late at night, so the cab drivers always kept vodka,” he gestured to a woman selling flowers and she rode her bicycle over. He asked her for beer and she pulled out two ice cold cans from beneath her bouquets and peddled off into the night. “I like it here,” he said.


We spent the night shooting dice and finishing our beer in our hotel room. Eventually I rousted the bellboys to open the bicycle lock keeping the door shut and sent Alex off into the dead streets of this red city.


The next day we went to Halong bay, a beautiful place that—quite unfortunately—can only be experience by boat filled with tourists. But more on that next time Dear Reader, I look forward to telling you about it.
Posted by J. Darris Mitchell at 9:23 AM