This morning Raquel and I donated and dashed. We’re preparing to backpack through Europe and needed to do something more productive with our clothes than burn them. We knew we couldn’t just sell them to the Santa shop that passes for a thrift store in Takayama. We’d tried that last week only to have them give us back half of our sweat stained shirts and threadbare sweaters. They wouldn’t even take them for free! So we hatched us a plan.


“Sumimasen!” I roared as I dropped two bags bulging with clothes on their countertop. The clerk twittered away in Japanese while Raquel dumped another couple bags on the table.


“Ichiban,” he said, gave me a laminated number 1, and pointed to the ceiling.


Of course I’ll wait for you to refuse most of our moderately worn out clothes my good sir. Why yes you can keep the beat up suitcase too!


Raquel did a quick lap through the lady’s clothes as to not arouse suspicion then made for the exit, pausing only to mumble loudly and point at the roof.


Why yes dear I do believe I will meet you upstairs for some light souvenir shopping!


But I did no such thing. Instead I nodded to the man appraising the resale value of the sweater my wife had bought at the very store, turned left as if to go upstairs, but instead tossed their damn laminated number on top of a used washing machine and sprinted for the already idling car.


Drive! DRIVE! They probably think I robbed them!


“Why are you running?” Raquel asked.


So marks the beginning of the end of living in Takayama, a place I’ll miss little, filled with people I’ll miss a lot.


People like Cody, whose brewery I neglected to visit despite having brewed the best sake I’ve ever tasted. If there’s one thing I’ll lament about leaving Takayama, it’s not going to Cody’s brewery. But we’ve had our fun. Cody had us over for dinner (we cooked it for him), and after he’d already gotten me pleasantly inebriated, he dragged me to the house of my boss, his father-in-law. I shuffled in with a bowl of hot chili and presented it to who I believe is the most fearsome man in Japan. This man is so frightening, that he almost reduced me to tears when I tried to enquire about his son.
How’s Cody?
“Kore?” he said pointing to a clump of carrots.


Cody! Your son-in-law, Cody! Please, I’m sorry, he brews sake!
“Ah… he’s fine. “
This man from my nightmares accepted my bowl of chili from underneath his coffee table, and divvied it up so his family could try it. They all agreed (or at least pretended to) that it was delicious, but Cody’s nephew was so smitten with my generous dollop of spicy meat-soup that he insisted I take home a 12 pack of ramen noodles. I tried to decline but before I could some other relative shoved a piece of fruit in my hand. I got out of there before they filled my pockets with the contents of their refrigerator.


People like Kuniko, my guardian angel. Kuniko is so sweet that she has asked about my hangover and denied its existence in the same sentence. I’ve sung “A Whole New World” with Kuniko, stolen Jasmin’s part and been too drunk to notice, but did Kuniko mind? Not a bit, she just sang louder. Kuniko was the only person besides my wife to make it through hospital security to visit me. She has made dinner reservations for us, talked to the man whose car I smashed on her day off, and taken us to town for not being able to dance the ABC song up to her impeccable standards. We tried to give her a present when we last met, a nice card we’d gotten from a museum she liked in Kanazawa, but she trumped us with a bag full of snacks, fancy folders and handkerchiefs. She is an angel. Fear her.


Then there’s the regulars, what Master Kensei likes to call the same old faces. Kensei, a man so cool he has his own post.


Steve with his yappy grin, unshakable optimism, and never ending stories. I couldn’t have survived snowboarding or my surgery without Steve there for me. He continually reminds me I should be lucky I have all these foreigners around, because when he got here, he had to learn it all himself. Steve was the first person I ever heard say Takayama is the greatest town on earth, but he and all these people seem to feel the same way.


Chaba, who I hope I will get to see again, otherwise my last memory will be of him arriving at a restaurant the moment I finished eating, ordering a beer and showering me in candy. Not a bad memory except that he had to wear gloves and a jumpsuit while he ate because his hands and who knows how much else was stained with blood red paint. I asked him why he was such a mess to which he replied simply, “I was painting.”


Eric, the other artist in town and a shit-talking poet, who after a few months of proclaiming that he was God and art was his universe finally confessed that it’s really just therapy. Well, that’s not quite true. He only told me it was therapy because I had confessed that I think about a target audience when I write because I want to sell my novels, something Eric found hilarious and unartistic. Eric invites me to McDonalds because, “the coffee’s OK,” then insults me for meeting him at McDonalds for the next thirty minutes. He’s spent the last two weeks predicting when the cherry blossoms will bloom, “Yeah they’re very close, I think maybe, hmm… when are you leaving? Five days? Yes, they look like they’ll be ready in about six or seven.” I still don’t know how his lovely wife puts up with him.


Nolico, who showed us, after being here for nearly a year, a side of Takayama I’d never seen. She insisted on a shortcut, our heads swimming, who were we to disagree, and we found ourselves in the old quarter of Takayama—a place I’ve been to dozens of times—but never like this. It was deserted save for us. Paper lanterns cast a warm glow on the towering torii gates and ancient wooden homes. Except for a single car poking out from a side alley, I was transported centuries into the past.


“Except for the fucking hotel under the Torii gate!” Ah, Alex the Ukrainian Israeli, who can be so hard to impress that his smile’s worth a thousand shekels. We planned on having a going away party last Saturday, but Alex threw a quiet birthday party on Friday that boiled into a wild night we were all too drunk to stop. Alex always makes the party happen. I had set him up by playing his favorites, the Beatles and Elvis, to which he proclaimed to Kensei that he only needed one more album for it to be the perfect night. Kensei dug up some blistering fast bluegrass and Alex and I showed off her patented hillbilly boogie. I can’t wait for him to come visit us in Austin and tear it up Texas style. 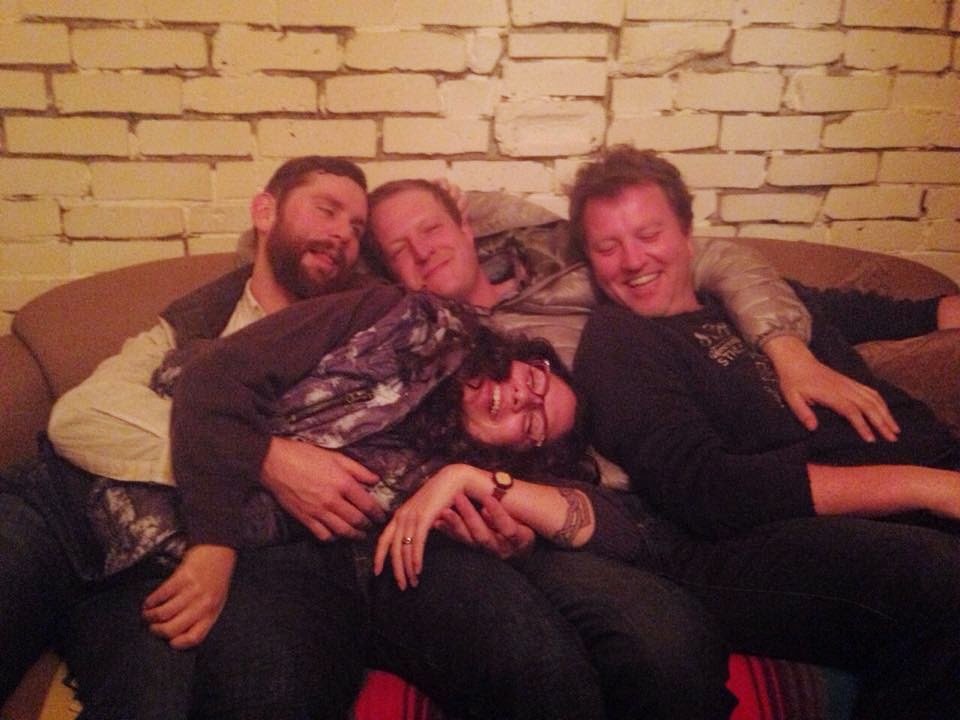 On Saturday we chatted and sipped our Heartland, happy to all be together, but exhausted from the night before “Looks like last night was your going away party,” Alex said between sips of Jim Buck. And dammit he was right.


But that’s life, aint it? We can plan our vacations and our parties, but we can’t tell when that moment you’ll never forget will come. So many of us wait for that perfect moment at that perfect time: for a festival that gets rained out (100% chance of rain tomorrow) or a flower to bloom in a town that’s just too cold. So many of us wait for these moments—for the dance party or the scenic view—that we forget to appreciate all the little things: The spur of the moment vacations that turn out better than grand plans, the idle bits of conversation we’ll never forget.


If there’s one thing I learned from living in Japan a year, it’s to appreciate the little things you got around you, don’t take any of them for granted, because you never know when you’re gonna lose a nut, and you don’t wanna waste your night worrying, when you can be bullshittin’ with people that you love.


So seize the day, move abroad, take that trip! Just remember that Takayama’s got more soul than Tokyo, you just got be willing to dance for it.