The gyrating yoga instructor knelt and stroked the enormous wooden cock. I adjusted my loin cloth, then took a pull from the bottle of sake and watched in horror as the yoga instructor (penis-priestess?) pulled my darling wife closer and closer to the huge wooden wiener. Raquel shook her head, trying to protest but the cult of the phallus must be appeased!
But I’m getting ahead of myself. I had no intention of wearing a loin cloth and stoically standing around with twenty other scantily clad Japanese men as my wife did gods-know-what to a ceremonial baby maker. That morning we’d watched kindergarteners compete in Sports Day for goodness sake! 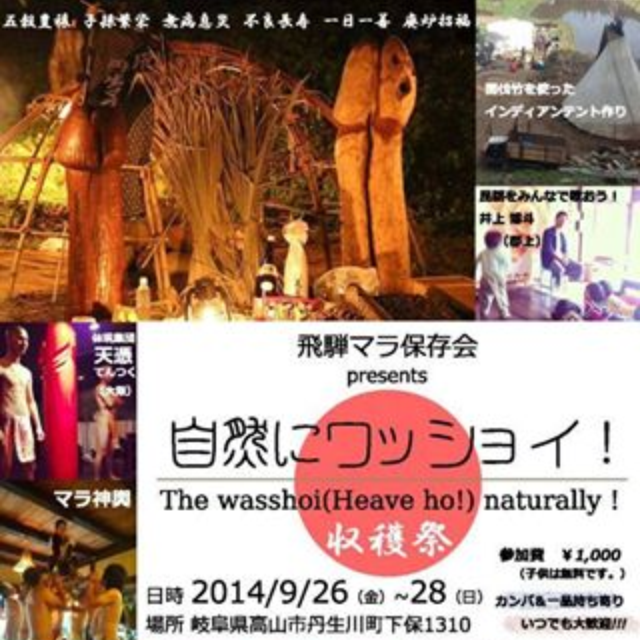 Chaba had invited us to this ‘party,’ and sent us a flyer detailing the event. If I’ve ever felt a there’s a reason to learn Kanji, it’s to not unknowingly go to a men’s fertility festival. True, the poster had pictures of shafts of flesh carved from shafts of wood, but I thought the party was just near a penis shrine or something.
Instead I arrived to find the only other American shucking his clothes and slipping on a ceremonial loin cloth.
“Come on Joe, man up! You don’t go to penis party in the woods and not dance around naked!” Steve is nothing if not encouraging.